Before you read further I need to make two things VERY clear.

First, I am not a mental health professional. Everything I am sharing is based on my personal experience. I encourage you to do your own research, as I did, to find what is right for you. Some people respond well to medication and the side-effects are manageable. If that is the case, wonderful, the first piece of your puzzle is solved!

Second, if you do decide to try the supplements that I use, I strongly encourage you to do so under the care of a mental health professional–your psychiatrist, or a licensed psychologist. DO NOT EVER go off of psychotropic medications cold turkey or on your own. They are very dangerous and can have severe, sometimes life threatening withdrawal symptoms.

If you are feeling that you may cause harm to yourself or someone else, please seek immediate professional assistance.

When the chemicals are out of balance

Have you ever heard anyone say something like, “Just snap out of it, it’s all in your head”? While the quip is meant to dismiss what is happening in the brain as something within your control, there is a lot of truth in the second part of that statement. It really is all in your head.

Your brain controls everything, it tells you how to feel, act, etc. and when your chemicals are out of balance you can have overwhelming emotions and intrusive thoughts that either have no outside cause, or are excessive and out of proportion responses to outside stimuli. It causes confusion, anxiety, stress and insecurity when you don’t feel like you can trust your own mind.

One doctor that I had helped me to understand what was happening in my brain the best when he told me that my bipolar disorder was like having diabetes.

In diabetes a person’s body is not producing insulin, the hormone responsible for regulating glucose in the blood. When this occurs it causes all kinds of problems in a person’s body, from fatigue and irritability, to loss of sight, limbs and even life. It is not the person’s fault that they have this condition, they have no control over whether their body produces insulin or not. But they can live a healthy, productive life if they learn how to monitor their blood sugar, give their body insulin shots when needed, manage their diet, lifestyle, etc. Without the outside intervention of insulin, however, any hope of a normal, healthy life is non-existent.

My doctor told me that living with bipolar is similar to living with diabetes. There is a chemical imbalance in the brain that affects the function of the moods, thoughts, emotions, etc. If we could figure out how to balance the chemicals in my brain I would have a chance at living a healthy, productive life. This analogy really helped me to understand my disorder in concrete terms. It is hard when it is “all in your head” to know if it is real. Here was a doctor telling me the chaos in my head wasn’t my fault and that there was a way to manage it. So I persevered in my quest to find the right medication combination.

My Life Before Diagnosis

Although I had exhibited symptoms of bipolar for years starting in early adolescence (I have clear memories of suicidal thoughts in junior high) I didn’t start to experience the full effects of the illness until age 20, which was brought on by severe trauma from my first marriage. I still wouldn’t be diagnosed until four years later, one month before I graduated from college.

The first people to recognize that there was something wrong with me were my aunt and uncle. I lived with them off and on over a four year period in college and I worked for my uncle my junior year. The time they spent with me helped them to see the patterns–the dramatic mood swings, the hypomania and severe depression–and they could see that it was increasing in severity. They called my parents to let them know they suspected a chemical imbalance.

My parents knew something was wrong, but they didn’t know what it was. They wouldn’t hear from me for weeks, and then when they did I had a new life plan all mapped out–I was going to Russia to study Russian and I would then become a diplomat, or I was going to get my PhD in math and become a math professor, or I was going to China, to learn Chinese and study foreign policy. Each time I was so sure THIS was the right path and I was often so convincing that they believed me.

My senior year was the worst. I would be depressed for weeks at a time, not attending classes, watching television or sleeping, and then I would get manic and stay up for days, writing papers, taking tests, and ace my classes–I was even on the dean's list.

I knew something was wrong, but I felt embarrassed because I thought I was making excuses for myself. I was sure that I could fix it if I just had more self discipline. I remember the day I called my parents crying and told them I knew something was wrong with me and I needed help. It was so hard to do, but I felt like I was drowning and if I didn’t get help I was going to die.

My aunt went with me to my intake appointment with the psychiatrist. I was severely depressed at the time and she had to supply a lot of the answers to the doctor. Unfortunately because these illnesses are diagnosed based on symptoms I was misdiagnosed initially with depression and anxiety disorders, given a prescription for an antidepressant and sent home.

By the time I had titrated up to the full dose of the medication and it had built up in my system enough to cause the mania I had moved home to my parents’ house in a different state. I found a new practitioner who, after her intake with me in my manic state, changed my diagnosis to Bipolar II and put me on Lithium.

I remember shortly after I started the Lithium I was taking the bus to work and as I sat on the bus I felt like I could feel each of the billions of neurons in my brain disconnecting and I was sure I was going crazy. I called my mom from work crying because I felt insane. I was having a bad reaction to the Lithium and was advised to discontinue it immediately.

Playing Guess and Check with Medication

I didn’t tolerate medication very well, for the first three years being on my initial antidepressant I was exhausted constantly. No matter how much sleep I got I was always tired, and I could fall asleep anywhere, and sometimes did.

When my doctor finally changed my medication the withdrawal symptoms were scary. I was so dizzy for a couple weeks that I often couldn’t stand and I even passed out on the sidewalk of a busy city street walking home one day. I was terrified.

I struggled trying to find a mood-stabilizer that would work. I didn’t tolerate any of them in a therapeutic dosage, so my doctors were constantly fiddling with combinations, add a little here, remove a little there. And the side effects were intolerable.

The most common issue was excessive fatigue, but often I would feel dull or dead inside, some gave me stomach problems and digestive issues, and the worst ones caused my heart to race and my anxiety to go through the roof. I was always stressed when I would have to go have liver function tests. I knew that in my effort to keep from being crazy I was destroying my liver–robbing Peter to pay Paul as the saying goes. In the end nothing really worked. I continued to cycle, and the cycles were getting worse along with my symptoms.

Over a decade I worked diligently with my doctors to try and find something to help. I believed that like the doctor said, this was like diabetes. I just needed to find a way to balance the chemicals in my brain. However, unlike diabetes, the cause of the imbalance was a mystery. Medication wasn’t actually treating the root cause of the problem, but treating the symptoms, and then adding additional medications to deal with the side effects..

Working with psychotropic medications is like playing guess and check with your brain, the doctors tried one cocktail after another. At one point I was on 7 different medications, and I felt like a zombie–mindless, dull and dead inside–nothing really worked. I continued to cycle and my illness got worse. I was starting to feel hopeless.

This is Part 1 in a 2 Part Series. To read Part 2 See Bipolar Disorder: An Alternative to Medication 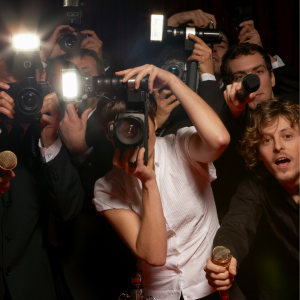 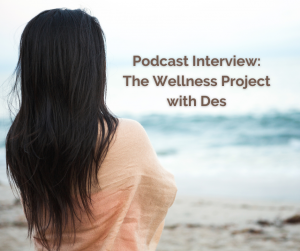 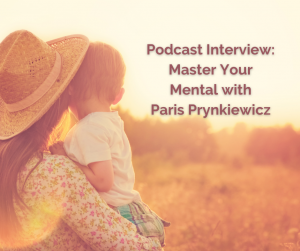 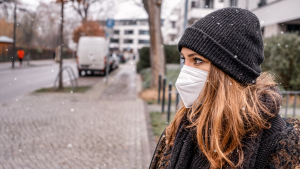 Bipolar Disorder: Lessons from the Pandemic

If you want to live a balanced, healthy, productive life, despite your condition, you are in the right place!

This is a group where we acknowledge that we have bipolar disorder, but we want to take responsibility for ourselves and learn how to live well with it.